Our first goal: A school in Cambodia 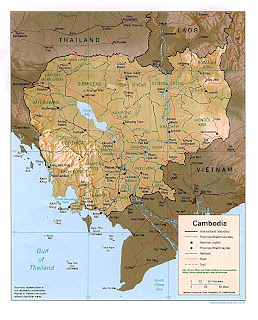 The first major goal of Girls Supporting Girls is to raise $35,000 by January 2015 to build a school in Cambodia.

Why focus on Cambodia when so many countries have dire needs?

Education in this Southeast Asian country was virtually eliminated by the Khmer Rouge when they seized power here in 1975.

-- Schools were closed, books were burned and educated people (often identified by the fact that they wore eyeglasses) such as teachers were subjected to torture and often executed.
It's estimated that 90 percent of all teachers in Cambodia were killed under the Khmer Rouge regime.

-- The entire population was moved to forced labor camps in the countryside in an effort to to create a society based on an 11th century model of agricultural communism. The population was starved and overworked, and by the end of the Khmer Rouge regime in the late 1970s, one quarter of Cambodia's population of 8 million people were dead.

--  Literacy was entirely neglected and most literate role models were killed, so almost an entire generation of Cambodian children grew up not knowing how to read. After the Khmer Rouge was driven from power, the educational system had to be re-created from scratch.

-- It took two decades for Cambodia to achieve a degree of normalcy: In 1999 the country experienced its first full year of peace in 30 years. But the country is still working to clear land mines, revive its culture and create a strong economy. More than three quarters of the people here still make their livings from farming or forestry.

-- 80 percent of Cambodians attend primary school, but only 32 percent move on to secondary school. Half of all young girls and one third of boys work, and as a result the ratio of girls to boys in school is 1:3. For girls in Cambodia, additional educational barriers exist, such as parents' worries about over-educating their daughters—a potential handicap to marriage prospects.

-- What may be the most staggering statistic of all: Today, 50 percent of Cambodia's population of 14 million people is under 22 years old. There's an immediate, unique need to educate these young people and help a nation that continues to rebuild after the atrocities that took place nearly 40 years ago.


Posted by JudySutton at 5:58 PM No comments: 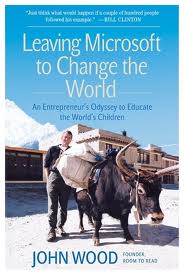 Books
Leaving Microsoft to Change the World by John Wood
Creating Room to Read by John Wood
Half the Sky By Nicholas D. Kristof and Sheryl WuDunn
First They Killed My Father: A Daughter of Cambodia Remembers by Loung Ung 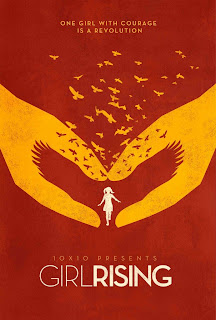 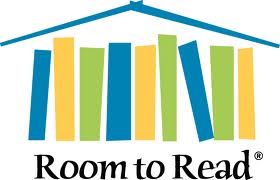 Posted by JudySutton at 9:49 AM No comments:

Juliet's thoughts: Advocacy is a privilege

As the story has been beautifully shared by my friends Judy and Diana, the three of us have come together in shared interest and passion to form Girls Supporting Girls. While each of our paths have been unique, our goal is the same – to promote the fair treatment and quality of life for women around the world. We are focusing on girls and education because we think this to be the most direct path to meet our goal. It’s the most impactful way I believe I can make positive change in this world.

As a mother, I believe one of our most important jobs is to be an advocate for our children. My own family has faced some challenges that have placed me in this role, having to question the medical community, battle insurance companies and work with our school to ensure the appropriate services are in place for my two daughters and son to succeed. It’s a full-time job (along with my other full-time, 9-to-5ish job), it’s a responsibility and--above all-- it’s a privilege. I am painfully aware that this is not the case for many mothers around the world today. I feel that everyone should have the right to see their children educated and given the opportunity to reach their goals.

Spreading the reach of this advocacy to other children around the world will be an amazing experience, a true privilege. I’m so excited to start this journey!
Posted by Unknown at 8:41 AM No comments:

I love it when things come together because of what seems like divine intervention.
Whether it was that or just dumb luck, that's how it felt when Diana, Juliet and I came up with the idea for Girls Supporting Girls.

We were three women coming from different starting points to the same conclusion: that we wanted to take action to improve the lives of girls and women around the globe. We also wanted to impress upon our own daughters--who (like us) are so fortunate and so privileged compared to the vast majority of girls throughout the world--that they, too, have the power to stand with their peers to impact change.

For me, it started when I first heard buzz from friends and coworkers about the documentary Girl Rising, which tracks the struggles of nine girls from countries including Afghanistan, Haiti and Nepal to get an education. When I learned Diana was hosting a screening, I jumped at the chance to attend, and took my 10-year-old daughter to see it with me again a few days later.  I was so moved--by both the personal stories of these brave girls and by some of the statistics mentioned in the film:

-- Globally, 66 million school-age girls do not attend school.
-- There are 33 million fewer girls than boys in primary school.
--  Girls with 8 years of education are four times less likely to be married as children.
-- A child born to a literate mother is 50% more likely to survive past the age of 5.
-- Educated mothers are more than twice as likely to send their children to school.
-- School is not free in over 50 countries.
-- A girl with an extra year of education can earn 20% more as an adult.

Around the same time, Juliet invited me over to discuss a project she'd been thinking of starting to help empower girls. I shared how I was feeling after Girl Rising, and knew we had to put our collective energy to use -- I just hadn't figured out how.

Then, I heard a radio interview with John Woods about Room to Read, the nonprofit he founded to build schools and libraries in the developing world. When I heard Wood say it was possible to build a school for as little as $35,000, I knew that was something I could do with help of my friends and our daughters. Diana and Juliet each practically finished my thoughts for me when I pitched them the idea to build a school in a developing country while raising awareness locally of the need for--and power of- better education worldwide.

We love Room to Read's mission, and we're especially impressed with the organization's emphasis on building co-ed schools, so boys can see first-hand that girls are equally capable and deserving of an education. We work to show our own sons the same thing, and plan to get them involved in our projects, too.

Happenstance brought us here. Now it's time to get to work!

Diana's thoughts: The movie that started a movement

In March, a friend invited me to a viewing of the film Girl Rising.  For those of you who haven't had a chance to see the film, it's a documentary that follows nine girls in nine different countries and depicts (in the words of the film's website) "the power of education to change the world." I was so inspired by the film that I sponsored my own screening the followingmonth.  On the night of my screening I felt like Jimmy Stewart at the end of It's A Wonderful Life, as people from all parts of my life (childhood friends, running buddies, neighbors, work colleagues, parents from my children's school) showed up in support of the film.  At the end of the evening I knew that I had found my calling:  I was going to work to improve  educational opportunities for girls in the developing world. The problem was, I didn't know how to channel my new passion.

I began by reading books about the status of girls in the developing world.  I started with Half the Sky: Turning Oppression into Opportunity for Women Worldwide by Sheryl WuDunn and Nicholas Kristof.  I then read John Wood's Leaving Microsoft to Change the World and First They Killed My Father: A Daughter of Cambodia Remembers by Loung Ung. While I was developing a clearer picture of the issues facing women and girls across the world, I still didn't know how I was possibly going to make a difference.

Around this time, my friend Judy invited me to lunch.  She had attended my screening of Girl Rising and was also looking to do more.  She had sent me materials about the group Room to Read (the charity that above author John Wood founded to work on his own passion to improve education)and asked me to read up because she wanted to discuss something.  I was intrigued.  When we met the next week, Judy immediately sat down and announced (spoiler alert!) that she and I were going to build a school in Asia.  I had found the channel for my passion.

We recruited another friend, Juliet (more on that from Judy), and within a month, Girls Supporting Girls was formed. Despite our hectic lives raising children and working, we have met several times over the last three months to get our organization off the ground.  We are hosting an informational meeting about our group next week and are excited (to share our passion with others) and nervous (that no one will come or care).  We promise to keep you posted!

Other Sites You Should Visit